In the United States, there is a long history of marginalized communities being extremely entrepreneurial. These communities were driven, in large part, by the desire to meet their own ethnic, religious, and cultural needs, according to Christine Beech, D.M., the Dr. Jon and Betty Kabara Endowed Chair in Entrepreneurship and Innovation at Saint Mary’s University of Minnesota.

In the mid-19th century, more than 100 hospitals were founded by the Jewish community to fight anti-Semitism in medical school appointments and meet patient needs of having kosher options during the hospital stay.These opportunities were not available in the existing network of mainstream hospitals.

Similarly, in the beginning of the 20th century, Irish Catholic immigrants began establishing a network of parochial elementary schools as a way to preserve their faith and culture and allow children to learn about their faith in school, Dr. Beech said. These two initiatives, led by immigrant groups, helped establish networks of schools and healthcare institutions that served a social good in their communities while generating jobs and stimulating the economy.

In modern times, one of the largest marginalized communities in the U.S. is comprised of new Americans, many of whom are immigrants and have developed culturally responsive businesses.

Although current policies are set in place to curtail U.S. immigrants, it is important to remember that the country could potentially lose an entire segment of the population that has been vital to the economy, Dr. Beech said.

Beech pointed to a 2015 study from the Kauffman Foundation which mentioned that 40% of the Fortune 500 in 2010 were companies founded by an immigrant or the child of an immigrant. Nearly 30% of all new businesses started in 2014 were started by immigrants, Dr. Beech said, according to a related study from the same foundation.

“We’ve been able to see constant growth and diversity within our economy that’s been very healthy for us,” said Dr. Beech, who also serves as the executive director of the Kabara Institute for Entrepreneurial Studies at Saint Mary’s. “There’s a narrative that says that the immigrant community is coming here to find work. But in fact, when we look at the data, a significant portion of them are actually creating jobs and starting businesses.”

“Those migrant communities often develop their own businesses, almost like a subset of the economy, where they can’t be marginalized, where they’re actually taking charge of their own economic well-being,” said Dr. Beech.

When it comes to knowing the overall impact of the immigration policies on the economy, there will be a natural lag in the data — possibly as long as five years — given how much time it typically takes for immigrants to establish businesses after arriving in a new country, Dr. Beech said.

Are you a journalist covering this topic and interested in an interview? That’s where we can help.

Christine Beech, D.M., has had a career that encompasses academics, entrepreneurship, military service, and consulting. She has been a faculty member in the business department at Saint Mary’s University since 2017 and is the executive director of the Kabara Institute for Entrepreneurial Studies. Before joining Saint Mary’s University, Dr. Beech owned her own consulting business in the Washington, D.C., area for many years. Before that, she worked as a corporate entrepreneur where she led the development of a multimillion-dollar business line for a global consulting firm. 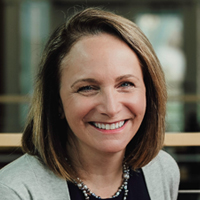