The Brother James Miller No Cell Phone Day, held Nov. 25, was a success with close to 300 students, faculty, and staff giving up their cell phones for the day — and raising exactly $1,000 for students in Guatemala. This was matched by another $1,000 gift from a Saint Mary’s trustee, a $1,000 match by the Office of the President, $1,000 match by Saint Mary’s Press, and another match of $1,000 by the Christian Brothers’ community, for a grand total of $5,000.

Brothers Pat Conway, Frank Carr, and Stephen Markham are traveling to Guatemala to present the director of Casa Santiago Miller, Brother Juan Carlos Canales, with the financial gift. Saint Mary’s alumnus Blessed Brother James Miller ’66, M’74 (who is being beatified Saturday in Guatemala) worked at this Guatemalan school, which now bears his name. This gift will provide the registration fees, tuition, and books for several students who otherwise would have limited opportunities to attend school.

The generosity this Saint Mary’s community has shown speaks volumes about its commitment to the Lasallian mission. The De La Salle Christian Brothers on campus feel a great sense of pride in how the Saint Mary’s community has reached out to those who are poor and living on the margins — particularly to the same students Brother James once served and gave his life protecting.

Many thanks to the student senate, the men’s and women’s hockey teams, and the baseball team for their enthusiastic involvement. In addition, Saint Mary’s Press and Montini High School, members of the Lasallian network, contributed to this wonderful endeavor. 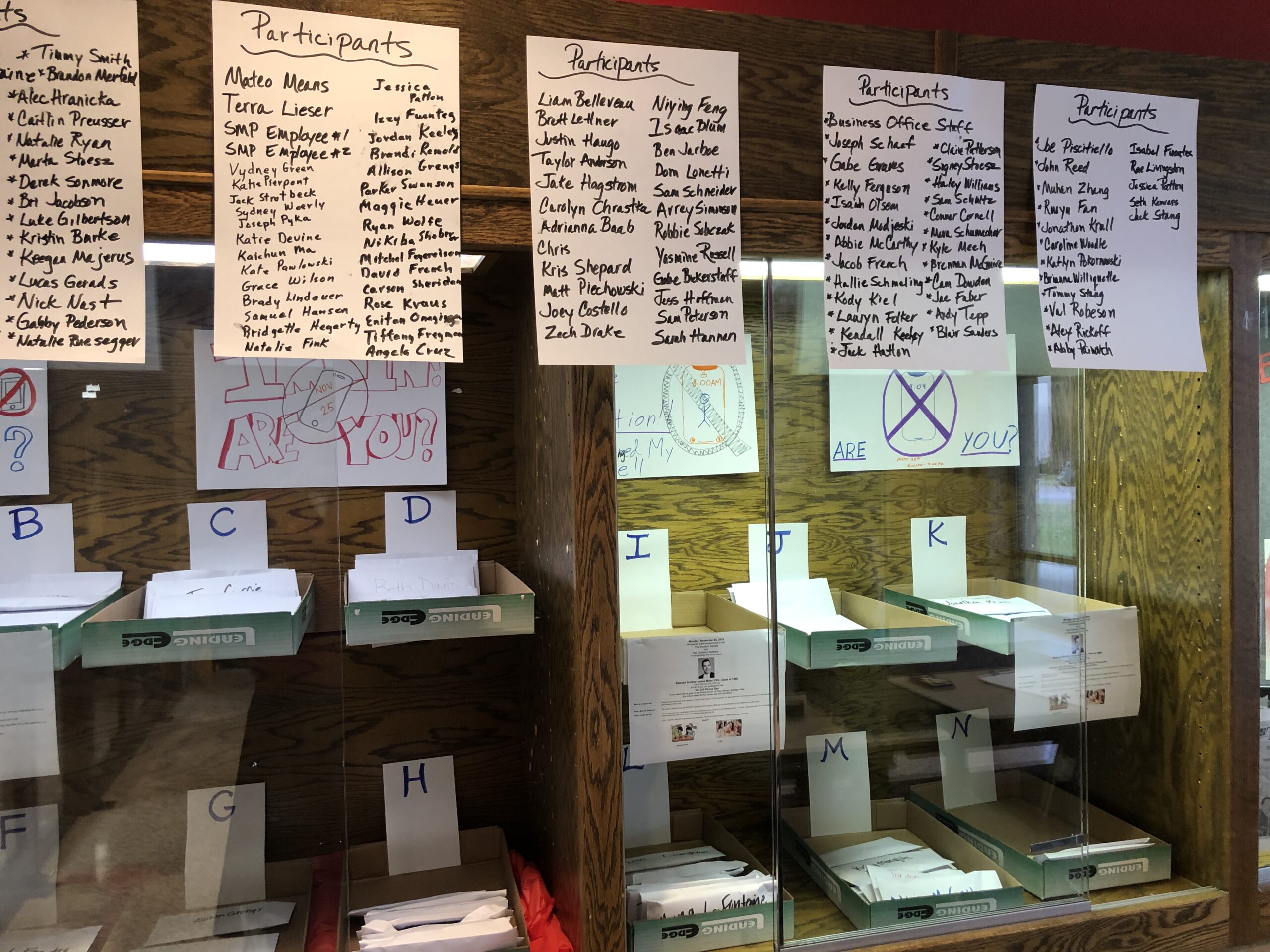