From the moment they first stepped onto the Winona Campus as eighth-grade Countdown to College students, they have been encouraged to build the future of their dreams. As they walked across the commencement stage, they were prepared to make those dreams come true. On May 12, eight students from the very first Countdown to College class graduated. Countdown to College is a component of the First Generation Initiative, which was established in 2010 to help ensure academic success for high-need, high-potential, first-generation students from middle school through college graduation. In Countdown to College, promising inner city students who are often the first in their families to go to college are chosen to attend four summers of college preparation programming at Saint Mary’s. Participants meet for two weeks each summer for four years. Students who successfully complete the Countdown to College program are eligible for the First Generation Initiative Scholars program, where they receive a full scholarship to attend Saint Mary’s. 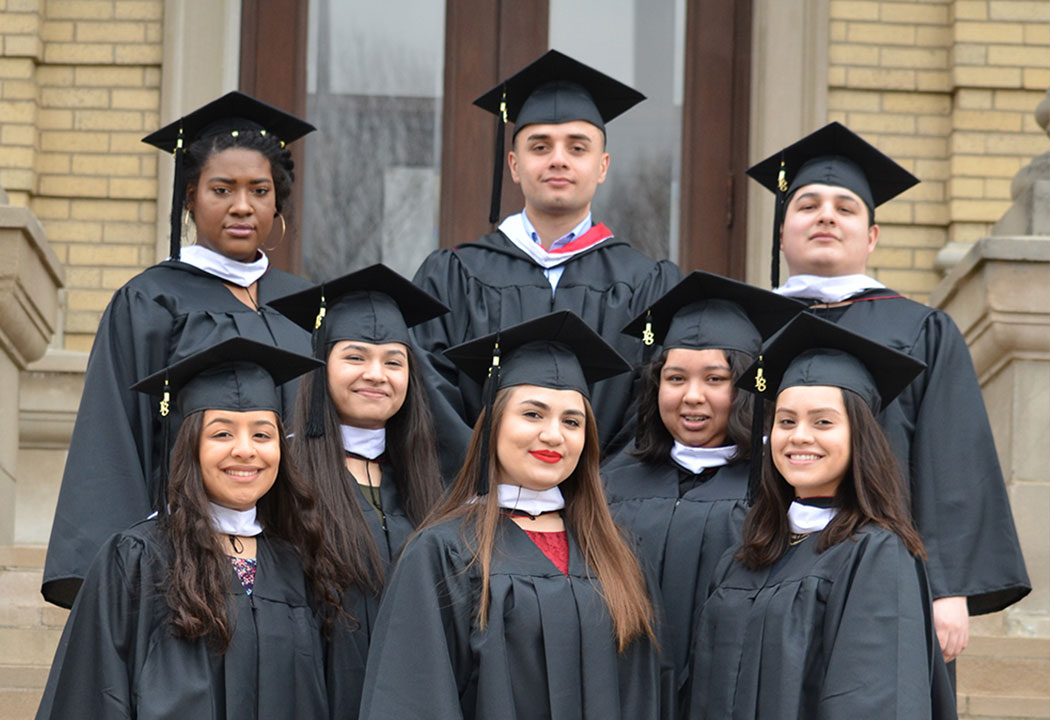