A group of Saint Mary’s administration and De La Salle Christian Brothers will travel to Huehuetenango, Guatemala, for his official beatification ceremony. Simultaneously, the celebration will also be celebrated on the Winona Campus.

At 10:30 a.m., a celebration Mass is planned in Saint Thomas More Chapel, followed by an 11:30 a.m. reception in the Science and Learning Center. RSVP online at smumn.edu/bbjm by Wednesday, Nov. 27, if you are able to attend.

Brother James was only 37 when he was shot and killed as he was mending a wall outside a school where he worked in Huehuetenango, Guatemala, in 1982. It is suspected that Brother James was killed because he and the other Brothers fought to keep their young students from being forced into the military.
Pope Francis recognized the martyrdom of Brother James in 2018. Brother James will be the first De La Salle Christian Brother from the United States to be beatified, which brings him one step closer to sainthood. 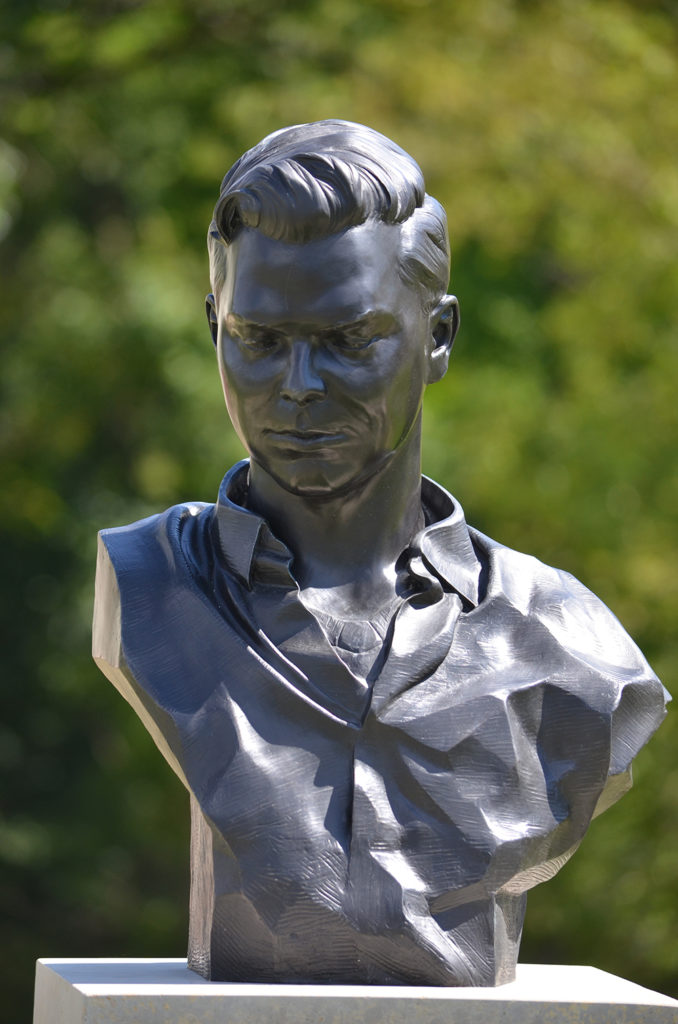 De La Salle Christian Brothers Michael Ferhenbach, FSC, Visitor, Midwest District, and Alberto Mairena Floripe, FSC, Visitor, Central America-Panama District, will be presented with Saint Mary’s Signum Fidei Award on Dec. 7 in Huehuetenango. The award is being given to both districts in honor of Brother James’ beatification and in recognition of his ministry in both the Midwest and Central American provinces.

The Signum Fidei award was established by the university as a way to honor the life and work of Brother James. It is bestowed on an individual, group, or organization in recognition of extraordinary service to the vulnerable and marginalized members of society. It also recognizes and honors work that promotes human solidarity. Its name, signum fidei (or “sign of faith”), is taken from the great seal of our Lasallian family, the Institute of the Brothers of the Christian Schools.

The Signum Fidei Award is the university’s most prestigious award and has been presented only two previous times. It was first awarded in September 2014 to the Bishop (now Cardinal) of Huehuetenango (the place of Brothers James Miller’s death), Álvaro Leonel Ramazzini Imeri. The second was to Pope Francis, given at St. Peter’s Square in Vatican City in April 2015.

The award itself is a miniature bronze bust of Brother James atop a piece of limestone that was quarried in Winona. The bust is a replica, prepared by Minnesota artist Alec M. Smith, of the life-sized memorial to Brother James that was installed at the entrance of Residencia Santiago Miller, a student residence hall on the Winona Campus, and was dedicated during the university’s centennial celebration in 2013.

The fact that the same casting of the life-size bust will now have a second permanent home at the center where Brother James gave his life connects and unites Saint Mary’s and Casa Indígena Santiago Miller in a special way.